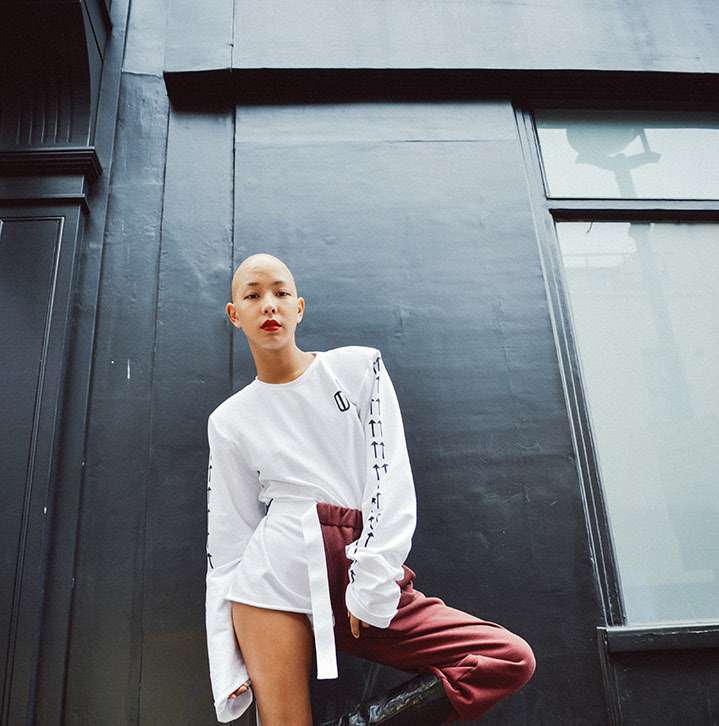 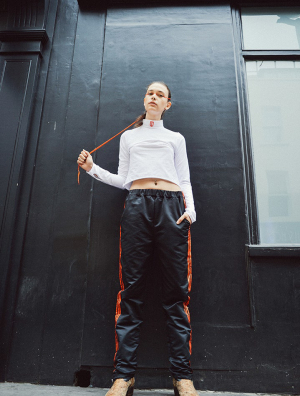 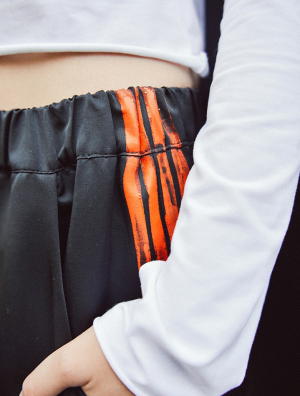 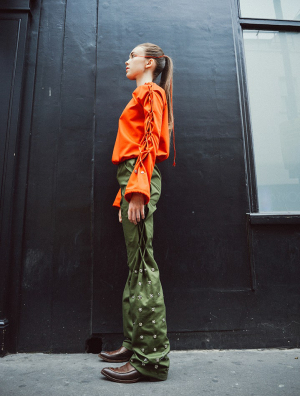 Revisiting themes of belonging, identity, inclusiveness and the power of aesthetic, This Is the Uniform continues to explore fashion from the outside. A voyeuristic approach to social identity informs not only collection 007 but also the brand narrative, influenced by environments, personalities, interactions and a person’s awareness of self.

Traditional smocking is reworked with the addition of large press-studs – imbuing the garments with value, through engagement with the user and also the viewer. Paints stripes emulate old-school popular sports tracksuits, coveted trophies that showed allegiance and power. Symbols create the appearance of meaning, a code, suggesting groupings, social alignment and exclusivity.

One pence pieces are embroidered and encased into silk tees and joggers, creating a literal reference, elevating the common place tracksuit beyond it’s social standing, and reflecting the designer’s own definition of it’s contemporary placement. This is furthered by the satirical use of one pound coins, placed over the nipples and in large sovereign style rings. Channeled into go faster stripes, down the sides of legs and arms, graphically sewn across the bust and then dripped into the penny slot formation, the effect is unexpected – from a distance, delicate sequined and seemingly a purely aesthetic embellishment, on closer viewing, surprising and provocative.

A palate of commonplace grey marl, school uniform claret, and army khaki, with almost military flashes of This Is the Uniform red, draws upon the concept of uniform as a whole, borrowing shades which are nostalgic, familiar and symbolic. Everyday cottons are elevated through technique, whilst luxurious silk velvet and organza are brought down to earth with pennies and popers creating an alignment, playing with status, and meaning.