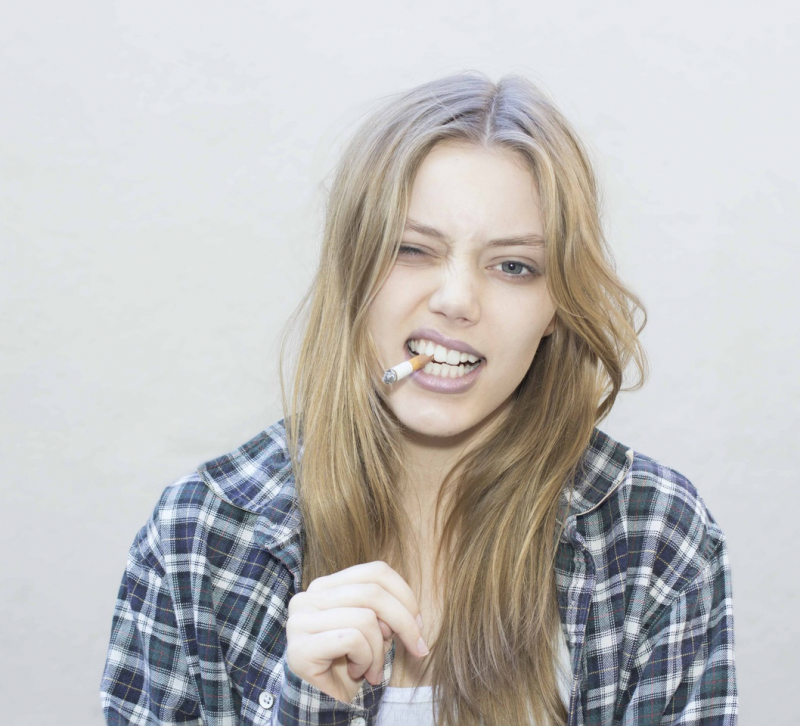 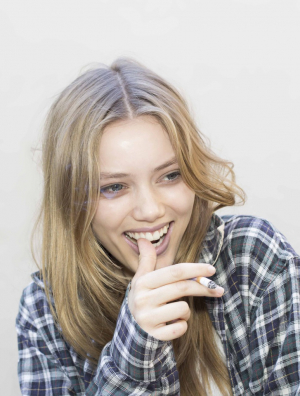 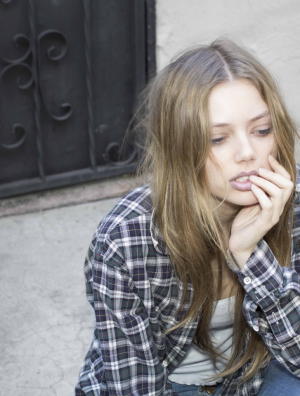 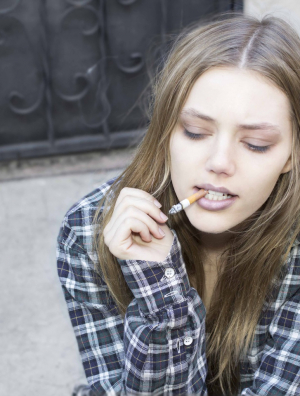 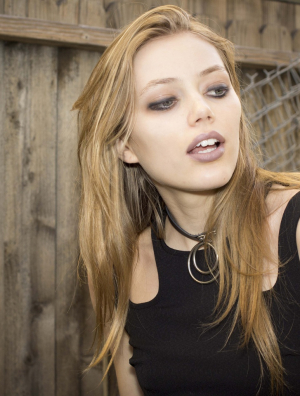 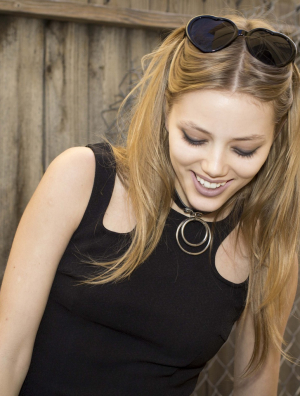 Nature or nurture? Or perhaps it was both that created Grace Van Dien’s raw artistic talent. She began acting at an early age, being the daughter of Casper Van Dien and Carrie Mitchum and taking on her first role in Starship Troopers. She nonchalantly explains that she was only playing a minor role making “a few noises of army soldiers” -not your usual debut role, but with those piercing blue eyes and stunning physique, it’s no surprise that the actress who stared in ‘Sleeping Beauty’ and more recently, Lifetime’s ‘Escaping Dad’ also does some modeling. Her laissez-faire attitude towards fashion and ‘wearing what makes you happy’ gives her a unique style you just don’t see that often.

Chris Lundquist: I get the sense you are prankish and playful. Am I accurate in that assessment?

Grace Van Dien: I’m actually pretty routine when it comes to my day. I like hanging out with friends, painting, reading, and watching movies.

Chris: You come from show biz DNA, being the daughter of Casper Van Dien and Carrie Mitchum. Was it an early natural impulse for you to get in front of the camera? Or a deliberated decision?

Grace: I didn’t start being active with my acting until I was graduated from highschool for about a year. I wanted to be a writer my whole life and occasionally my dad would throw me in some of his projects for fun but it wasn’t until we worked together on Sleeping Beauty that I discovered how much I love acting.

Chris: You started out in film in 2005 with your dad in Starship Troopers. Did he sort of bring you in to that to encourage you, or had you been pleading with him to give you a break into the screen?

Grace: That was a small voice over role for a video game of Starship Troopers. He just asked if I would make a few noises of army soldiers. Haha, it was fun.

Grace in a recent role for Lifetime’s Escaping Dad:

Chris: You do some modeling… does that thrill you as much as acting, or is it just for occasional adventure?

Grace: It’s a completely different feeling. Modeling is movement whilst acting is emotional and becoming somebody else..

Chris: What kind of training have you had in acting?

Grace: I went to one acting class for a few months that was fun. I think the main good thing about acting classes is that you get to perform somewhere. Creative outlets are so important for artistic people.

Chris: What big stars would you like to work with in upcoming films?

Chris: What’s more motivating to you in acting? Having great roles, becoming seasoned and iconic, the fortune and fame?

Grace: I like roles that have unexpected turning points. I want where they end up to be completely different from where they started. My characters motivate me.

Grace: I love it.

Chris: Places you’ve traveled to so far that you most enjoyed, and why?

Grace: I filmed in Israel last year for three months and that was incredible. Learning different cultural practices and lifestyles is so interesting to me.

Chris: Music; a few songs that might by on your playlist? Who are some of your favorite artists, bands, or groups?

Grace: I just went to the Billy Joel concert at the Dodgers stadium and so he has just been playing in my headphones since then. He’s my favorite.

Chris: Fashion seems to flow around you naturally and easily, and you seem to enjoy it in a breezy frolicsome way. How would you describe your your fashion attitude?

Grace: Haha I actually have no fashion sense. I wear jeans and my boyfriends shirts mostly.

Chris: I love that answer.

Chris: What designers and styles do you best like?

Grace: I have no idea hahaha.

Chris: What do you consider fashion do’s and don’ts, if any?

Grace: Do whatever makes you happy. If platform sparkly pink boots make you happy, rock them. If simplicity makes you most comfortable, do that. There are no do’s and don’ts.

This former child actress is grown up now, no doubt learning as much from her characters and their turning points as her own.
It was a pleasure.